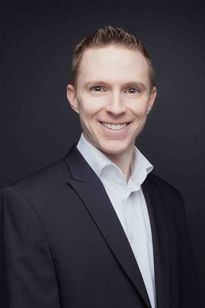 Jim Stopher maintains an active career as conductor, pianist, composer, and educator. He has led the College of Marin Symphony Orchestra for five seasons, and recently completed four seasons conducting the Joliet (IL) Symphony Orchestra.  At the College of Marin, he teaches courses in music theory, repertoire, history, and ear training, and also serves as chairperson of the music department.

Jim is enthusiastic about bringing music to residents of Marin County, both through his work at the college and with initiatives in the community: recent off-campus activities include lectures on musical aesthetics at the Marin Philosophical Society, music-themed lessons for students at the San Rafael Algebra Academy, workshop coaching for the Chamber Musicians of Northern California, and solo concerto appearances with the Mill Valley Philharmonic and the Lucas Valley Chamber Orchestra.

Jim graduated from the Peabody Conservatory, where he studied with Gustav Meier, Markand Thakar, and Marin Alsop. A winner of the International Conductors' Workshop and Competition, Jim has also been honored by the Conductors' Guild as a finalist for its biennial Thelma E. Robinson award.  Prior to his enrollment at Peabody, Jim earned an MM under Thomas Cockrell at the University of Arizona, where he held a fellowship, directed the University Philharmonic, and was assistant conductor of the Arizona Symphony.

Early studies on the piano led to a debut at age 15 as soloist with the Louisville Orchestra, in which he performed a Mozart concerto with an original cadenza. He continued his piano education with Lee Luvisi in Louisville, Anton Nel at the Aspen Music School, Patricia Zander of the New England Conservatory, and Tannis Gibson at the University of Arizona.  Jim studied music theory and composition at Harvard University, and his compositions have been performed by the Sebastian Chamber Orchestra, the Navitas String Quartet, the Harvard Group for New Music, and the College of Marin Symphonic Wind Ensemble.

In 2018, Jim released Tonal Recall, an album of original piano music which can be found on all major streaming services and his YouTube channel.  He lives in San Rafael, CA with his wife, Dana Sadava, along with their dog, Summer, and cat, Darla.